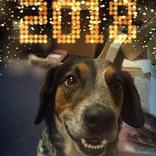 1973:
Allen's TV was founded by Vernon Allen Sr.  in September of 1973 in Columbus, GA. The company was bought from a man named Bob Keaton for the price of $1600 and the company was jump started in an 800 square foot rented building. The original company repaired and also sold television sets and was ran by the Allen family and a couple of friends.

1978:
The company quickly outgrew its home in the rented building, so in 1978 the family purchased a 1600 square foot shop with an 800 square foot office.

1981:
Mr. Allen saw the quick growth and potential of the business, and in 1981 Allen's TV Sales and Service became Incorporated.

1987:
Six short years after the company became Incorporated it was time for the building to expand yet again. This time the existing building became a 5600 square foot shop where the business still exists today.

1996:
1996 saw the loss of the company founder and majority stock holder, Mr. Vernon Allen Sr. The Allen family had to rally together and pull through the loss of the beloved family leader to continue on the legacy that he had started.

1997-present:
We continue to offer a sevice-only business making repairs to over 40 manufacturers in the consumer electronics industry. Our company still reflects its founders philosophy of striving to be the most up to date service facility in both equipment and personnel.

"IN A NEVER STAGNANT BUSINESS MARKET WE VIEW OURSELVES, NOT AS SOMEONE'S COMPETITION, BUT RATHER A PLAYER IN A UNIQUE FIELD OF CUSTOMER ELECTRONIC SERVICE."
-VERNON ALLEN JR.

What Our Customers Are Saying